The Kings River is a tributary of the White River. It rises in the Boston Mountains of Arkansas and flows northward for more than 90 miles into Table Rock Lake in Missouri. Undammed and bordered by rural and forested land, the river is popular for kayaking, canoeing and sport fishing.

The highest sources of the Kings River are at an elevation of more than 2,000 feet on the north slope of the Boston Mountains in the Ozark National Forest. The river flows almost straight north with a drainage basin of 591 square miles, before emptying into Table Rock Lake, a reservoir on the White River at an elevation of 915 feet. The town of Berryville, Arkansas is the only incorporated city within the watershed. Near Berryville, the average annual mean flow of the Kings River from 1935 to 2008 was 572 cubic feet of water per second. 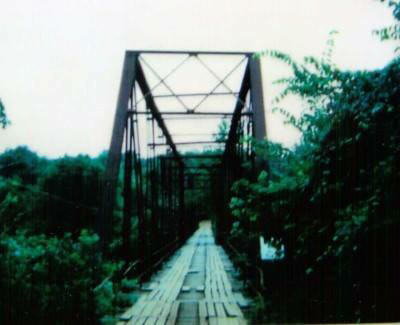 The largest tributaries of the Kings River are Osage and Dry Fork Creeks.

The Kings River area was a hunting territory of the Osage Indian tribe during early historic times. In 1827, a man named Henry King from Alabama was part of a prospecting expedition to the Boston Mountains. He died and was buried on the banks of the river which was given his name. Other families from Alabama soon settled the area. About 1940 the poultry industry began to replace subsistence farming as the main source of employment for the sparse population of the region. In 1951 the U.S. Army Corps of Engineers proposed a dam on the Kings River, but the dam was never constructed, making the Kings River one of the few undammed rivers in the Ozark region.

The Kings River has been designated by the state of Arkansas as an “Extraordinary Resource Waterbody.” This designation imposes restrictions on streambed alterations and development and pollution in the river basin. The state of Arkansas describes the river: “High in the Boston Mountains of Madison County lie the beginnings of the Kings River. From this steep country the stream twists its way northward to the White River….In its upper reaches, the Kings cuts a narrow gorge through sandstone, shale and limestone. On downstream, the countryside is not quite so precipitous, but the water is the same — clear and cool.” 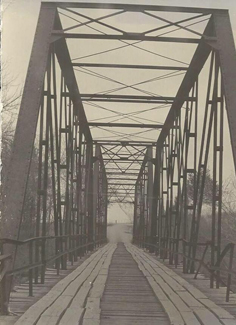 The King’s River Natural Area, established in 1979, is located on the upper Kings River east of the hamlet of Boston. The Natural Area includes 1,059 acres (429 ha) and features a two mile hiking trail which leads to Kings River Falls, a scenic 6-feet (2 mt) high waterfall. The Natural Area is located in a rugged mountain area. A mixed pine-hardwood forests cloaks the east slopes of the preserve; the steeper western slopes are covered with hardwood forest. The uppermost tributaries of the Kings River are in the Ozark National Forest.

Recreational paddlers divide the Kings River into two sections. An upper section of ll miles, from Dripping Springs to the Arkansas State Highway 74 crossing of the river, is a turbulent class III whitewater stream, including the waterfall at the Kings River Natural Area. The water level of the river in this section is usually sufficient for floating in winter and spring until about July 1. Water quality is excellent. The lower Kings River comprises 82.5 river miles from State Highway 74 to Missouri State Highway 86. It is a relatively gentle Class I stream that usually contains enough water to be floated in winter, spring, and early summer until August or after rains at any time. The Kings River has good sport fishing for Smallmouth bass and other species.